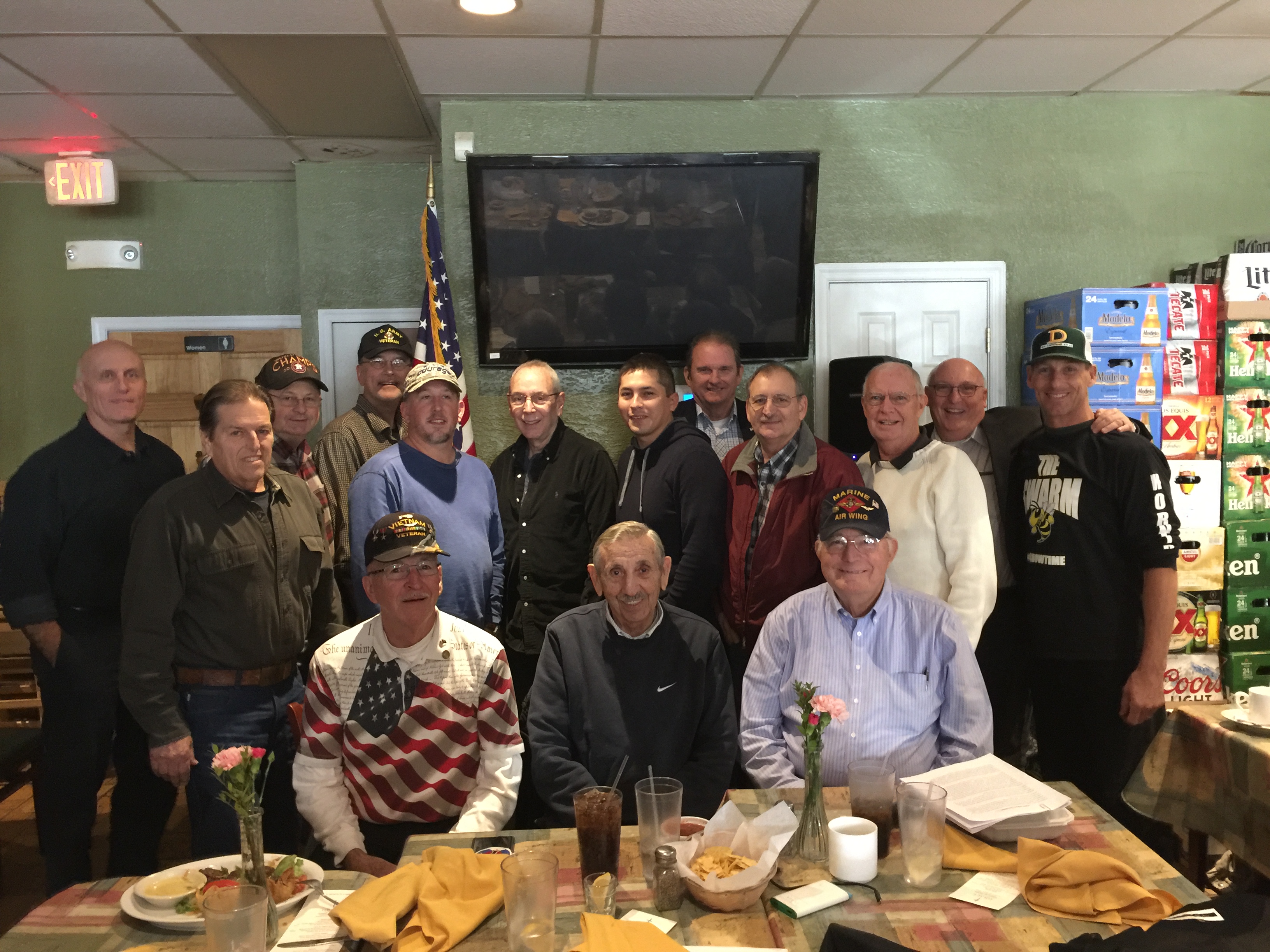 In the spirit of Romans 13:7, which says to “render honor to whom honor is due”, our church hosted a luncheon today to honor Veterans in our area by offering them a free lunch at a local restaurant.  There were 41 people in attendance, 17 of whom were veterans including one World War II Vet. This is a picture of the Vets who attended.

We wanted to pay tribute to those who have served our country to protect our freedoms.  Their dedication and sacrifices are an example to us all.

We were blessed to have Captain Floyd Massey of the United States Marine Corp attend and share his story of how he was rescued by our own Larry Earles during the Viet Nam war.  Captain Massey's F-4 Phantom 2 jet fighter plane was shot down in combat, and he and the pilot had to eject.

Larry Earles happened to be flying nearby in his helicopter, and was able to rescue both Floyd and the pilot behind enemy lines.   Larry shared his testimony of how the Lord drew him to Himself, and preserved his life through many other harrowing experiences.

Thank you to all Veterans for your selfless commitment to defending the freedoms we treasure and enjoy.